Set in the WWII era, the story tells of a boy in a small village who befriends three girls around his age. One day he discovers a young couple sneaking into an old and cracked bathing shack and decides to alert his new friends. When the kids join up at the shack, the eldest girl comes up with the idea to lock the couple inside, threatening not to let them out until they "do it" and allow the kids to watch from the outside. And so begins the psychological warfare... 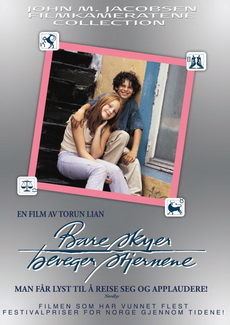 Eleven-year-old Maria loses her little brother to cancer. Her mother retreats into deep depression; her father attempts to keep the family emotionally afloat. Sent to her grandparents' home for the summer, Maria meets Jacob, also an eleven-year-old, but with a completely different attitude to life and loss - he is an outgoing, adventurous latch-key kid with wisdom way beyond his tender years. Their budding friendship helps Maria reach out to her mother so that they can mourn and heal together. Two doctors from Tel Aviv join 'Doctors Without Borders' and travel to Thailand to help out refugees. They leave their daughter, Aya (aged 10) at a kibbutz where the children are housed by age, but not gender. Not only does she have to get used to dealing with a lot of children, making friends and enemies, she has to get used to sharing her room with boys. And sharing the showers with them too.