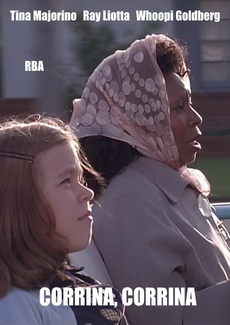 In 1959, a widower hires a kindly housekeeper/nanny to care for his seven-year-old daughter. When Manny Singer's wife dies, his young daughter Molly becomes mute and withdrawn. To help cope with looking after Molly, he hires sassy housekeeper Corrina Washington, who coaxes Molly out of her shell and shows father and daughter a whole new way of life. Manny and Corrina's friendship delights Molly and enrages the other townspeople. 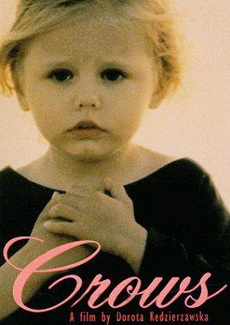 A crow is a raucous, abrasive, unloved bird, and an apt nickname for the lead character in Dorota Kedzierzawska's Crows -- a 9-year old girl who possesses all of the above characteristics (although the first two could be the result of the third). This short and simple film is beautiful not only in its emotionally-honest story but in its cinematography, which won an international award. Crows is about the basic human need for companionship and love, and echoes the age-old theme that no person is an island. The Crow (as the protagonist is referred to) is routinely scorned by her schoolmates and ignored by a mother who's always too tired for her. Eventually, wanting some sort of family life of her own, the Crow kidnaps a 3-year old child and attempts to leave Poland by sea. Most of the film centers around the relationship between these two girls as the older one recognizes that being a parent entails more than giving and receiving love. Director Dorota Kedzierzawska has done a marvelous job of coaxing unaffected performances from her young actors. The movie works because these children are believable. Their relationship is fraught with all the complications and complexities one might expect when a 9-year old with limited patience seeks an outlet for a wellspring of untapped love. Crows has a style perfectly wedded to its plot: fresh, bright, and touching.