Everybody loves a good documentary. Unlike fictional movies, they cut real deep. There's something about watching inexplicable/tragic/mysterious/horrific events unfold in front of your eyes while KNOWNING this is 100% real. The truth oftentimes IS stranger than fiction. Here we are offering you to enjoy some of the rare documentaries we have managed to find scattered across the web.

Granted, everyone has heard of Paradise Lost, Man On Wire, Hoop Dreams, An Inconvenient Truth, Exit Through The Gift Shop, Inside Job… Actually, way less people have heard of rare documentary movies, the likes of Sans Soleil, The Union: The Business Behind Getting High, The Century of the Self, Joseph Campbell and the Power of Myth and, say, Baraka (not the one with blade-hands). We are not saying that popular equals bad. To give you a good example for a movie being both popular and high-quality: go watch Going Clear or The Jinx: The Life and Deaths of Robert Durst. What do you do? Watch them both, of course.

There are many exclusive documentary films, they oftentimes explore the underbelly of some business or "darker" sides of our everyday lives, passions and addictions. There are also these so-called forbidden documentary movies – some are banned for political reasons, i.e. 2008's Hillary: The Movie and some are urban legends.

For many people "forbidden" documentaries are closely related to the "shockumentary" genre, the likes of Faces of Death (and its five sequels). Other forbidden films we would like to mention: Most Disturbed Person On Planet Earth, Mondo Sexxxx: The Terry Kobrah Story, Murder Collection V.1, Shocking Asia II: The Last Taboos and Mr. Mike's Mondo Video. Everything mentioned above, obviously, you can find on our amazing website.

Yeah, amassing a collection this big and diverse wasn’t an easy task. That's why everything available on here is available free of charge. We want more people to explore the documentary genre, enjoy rare biopics/documentaries in particular. This genre is frequently overlooked and undervalued, so it's our mission to hook you up with the greatest/best/most obscure and rare documentaries on the planet. Everything hosted here is not only free to enjoy, it's also uploaded in the best quality possible. Some movies are way too obscure or way too banned to come out in some ultra-4K ultra-remaster Criterion Ultra-Collection package. So don't expect 1080p and 4K every time you pick a movie. To make long story short: enjoy what you have, it's free.

The streaming speed is also amazing, the user interface should be straightforward, helpful and uncomplicated. We're striving to give you the best possible experience when it comes to watching rare documentary movies and movies in general. You should check out the other categories, plenty more good stuff in there, as well. With no further ado, take your time: pick the perfect documentary movie, sit back, relax and enjoy the show. Don't forget to press Ctrl+D and bookmark this page, we don't want you to miss an update. 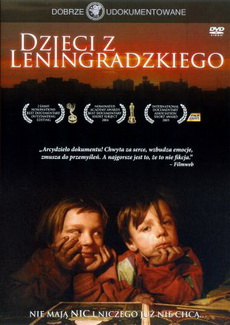 This is a very heavy film. Because everything that is shown in it is true. Tens of thousands of children of all ages live in the streets of our cities. They are raped by pedophiles, beaten by police, they live in dark corners of heating mains and cellars - defenseless, unnecessary, sniffing glue and drinking vodka. On the streets, one of them is getting sick, beaten even more defenseless and weaker than they, they get into orphanages and stay there for a long time, most of them just die - from AIDS, hepatitis, drugs and violence.

This instructional film teaches parents how to talk to their children about sex. Parent to Child about Sex (Color, 1965, excerpt) A rabbi, a priest, and a psychologist want you to talk to your child about sex! No, it's not a raunchy joke, it's the basis of this Mad Men-styled sex- education short. Frank discussions amongst the panel on topics like wet dreams and menstruation give way to melodramatizations of the kind of sex-education every pubescent child needs.